“In spite of a rather classic aspect, the font has a personality of its own,” Lift Type’s Romain Oudin tells us, describing their playful sans serif; Gustavo. From the minds of the Montpellier-based type foundry, the comprehensive typeface comes flush with multiple weights and italics, bursting with geometric and joyful letterforms inspired by a single word.

“I discovered by chance a word composed in Brazilia, a typeface designed in the late ‘50s by Albert Hollenstein and Albert Boton,” Oudin recalls, excited by the slightly extended nature of the typeface. “I tried to keep this intention in mind when designing Gustavo,” he adds, using Brazilia as a starting point to wildly grow from, resulting in two entirely individual typefaces that share a similar feeling and emotional rhythm.

In keeping with its Brazillian inspiration, Oudin describes the origin of Gustavo’s name; their love of football – specifically Olympique de Marseille. “The year I was working on this typeface the best player of the team was a Brazilian, Luiz Gustavo,” Oudin explains, liking Luiz due to his retro, moustached look. “His personality reminded me of the soccer I loved as a child,” he adds, “it seemed obvious to me to pay tribute to both the character that inspired me and this player.”

Subsequently, Lift Type developed a fantastic football-focused identity for the typeface’s release, influenced by the jerseys of old teams and the names of their players. “Unfortunately by the time the font came out Luiz Gustavo had left the club!” Oudin adds.

“The idea behind my typefaces is to create cheerful, fun but still usable fonts,” Oudin adds, something transient in Gustavo’s merry aesthetic, that wonderfully achieves Lift Type’s aims of playfulness and diligence. Comparing this to their previous display typefaces, Oudin explains “Gustavo has a more casual, classic feel to it while keeping the round, friendly feel of my previous designs,” a feat that makes the typeface easier to pair with, whilst having enough personality to proudly and successful exist in solitary. 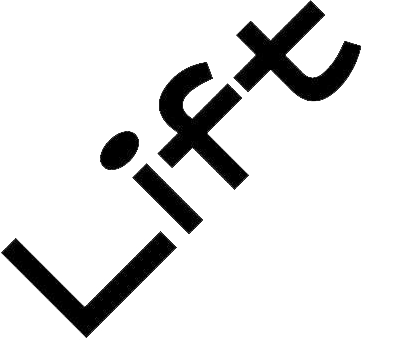